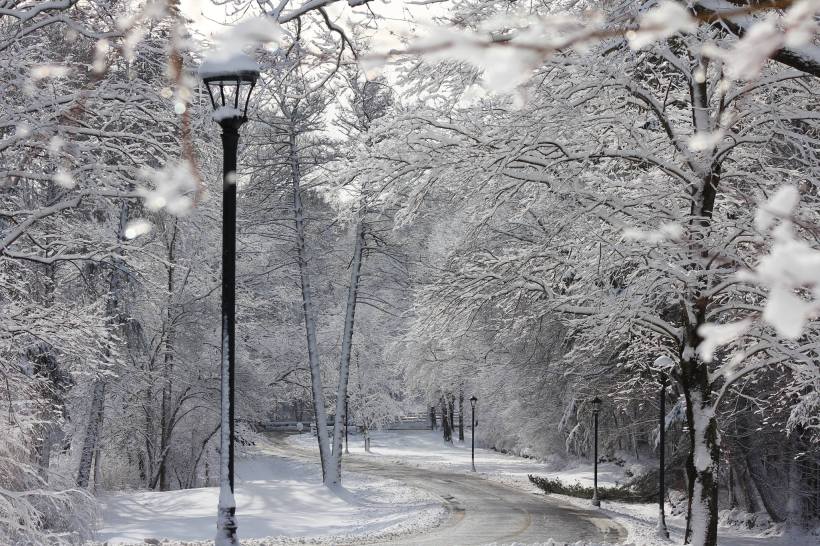 In the days before cell phones, the story is told about a grandfather who drove from New York City to visit his son’s family in Upstate New York. As he weaved his way through crowded New York City streets, jockeying for the best lane amid the holiday traffic, the old fellow could not shake the feeling he’d forgotten something at home.

Once outside city limits he pulled into a rest area. He had his wallet. He had his reading glasses. He opened the trunk. The presents and his luggage were all there. “Good,” he thought. Still as he got back in the car he could not shake the feeling he’d forgotten something. It was right on the tip of his tongue, like when you see a familiar face but you just can’t remember the name to go with it. Try as he might, he just couldn’t remember. So, he drove on.

Two hours later he pulled into the driveway of his son’s home. The feeling he’d forgotten something still nagged him. What was it that he’d left at home? It was only when his grandson greeted him did the man suddenly remember: “Hi, Grandpa!” said the young lad, “Where’s Grandma?”[1]

Given all the hustle and hurry of Christmas we might ask ourselves a similar question, “Where’s Jesus?” Sometimes as we rush around to get ready for Christmas it’s easy to forget we’re supposed to be preparing to celebrate the birth of the Lord Jesus Christ. With all the busy-ness that accompanies our Advent and Christmas celebration, it may be difficult to slow down long enough to remember what the Bible says about the birth of Jesus. If that is true of you this Advent, listen again to what the Apostle John says about Jesus in the prologue of his gospel (from the ESV).

14And the Word became flesh and dwelt among us, and we have seen his glory, glory as of the only begotten Son from the Father, full of grace and truth. 15(John bore witness about him, and cried out, “This was he of whom I said, ‘He who comes after me ranks before me, because he was before me.’”) 16And from his fullness we have all received, grace upon grace. 17For the law was given through Moses; grace and truth came through Jesus Christ. 18No one has ever seen God; the only God, who is at the Father’s side, He has made him known.

Using words very similar to those found in Genesis 1, John begins his gospel with the declaration: “In the beginning was the Word, and the Word was with God, and the Word was God.”  As the eternal Son of God, Jesus is the Creator of all things. “All things were made through Him,” says John at the beginning of verse 3.  Only God can create and John makes it abundantly clear that all the attributes and characteristics of eternity, divinity, and creative power belong to the Lord Jesus Christ.  In declaring that Jesus was in the beginning with God, John is declaring Jesus is God. He is the eternal Word through Whom all things were made.

As if that isn’t enough, verse 3 ends with this astounding assertion: “and without Him [Jesus] was not anything made that was made. The New Testament bears witness to the truth that apart from Jesus nothing can exist. Speaking of Jesus, the writer of Hebrews says, “He is the radiance of the glory of God and the exact imprint of His nature, and He upholds the universe by the word of His power,” (1.3). The apostle Paul makes a similar declaration in Colossians 1.17, “And He is before all things, and in Him all things hold together.”

C.S. Lewis captures the essence of the incarnation as follows:

In the Christian story God descends to re-ascend. He comes down; down from the heights of absolute being into time and space, down into humanity; down further still, if embryologists are right, to recapitulate in the womb ancient and pre-human phases of life; down to the very roots and sea-bed of the Nature He created. But He goes down to come up again and bring the whole ruined world up with Him.[2]

Christmas is about the Incarnation of Jesus Christ, the Son of God, through Him all things were made and in Whom all things hold together. It may not need to be said, but I will say it anyway, Christmas is not a man-made holiday. Christmas is the celebration of a Spirit-inspired, God-generated historical fact; the joyful declaration of a divine event—God the Son became the man we know as Jesus Christ.

And this Jesus Christ is the Savior in whom we confess our faith for salvation as well as the Lord whom we worship. He is the Word through Whom all things were made and He loved creation so much He became flesh and dwelt among us.

You think about that and have a blessed Advent and a Merry Christmas!